Pink sleepers that point the way – A Cycling Adventures Story

Taking the whole family on holidays is not easy. There’s lots of planning to do to make it a special time for all members and there are hours required to pack and plan for every eventuality… especially if you go on outreach. We took nine families with teenagers, children, even babies and with the single adults we were 38 people in total.

Each morning we took the time to worship and pray together and afterwards we humbly came to the Lord to ask what He had planned for us that day. We received impressions, visions, words of encouragement and Bible verses; many things from Him that helped us to understand His will for the villages we were about to enter. There are so many stories to tell about this time!

This is is just one of those stories, written by a 13 years-old teenager.

Pink sleepers that point the way

I went on a Cycling adventure with my family and it was a great time. First of all, it was my brother Julian’s birthday! We celebrated by eating his favourite food, dumplings and lots of them. Then we had a type of Chinese cake and my brother loved it so much. Later that evening we went to stay in a really nice hotel.

The next day, we started biking and going to the villages to share the Gospel.

One of the best parts of the trip was when we were praying in the morning asking God to speak to us. I felt God giving me an impression about pink Chinese slippers.

Sure enough, when we were passing by a village, I saw an old lady with pink slippers! So I said to my dad:

“Dad, I have found the pink slippers! Let’s stop in this village!”

We stopped, put the bikes in a line against a wall and went to find the lady with pink slippers.

We couldn’t find her.

I was highly discouraged.

But later I found out that we were not supposed to talk to the lady with pink slippers, but that she was going to lead us to another man…
When we went to the side where the old lady with pink slippers was, there was instead an older man named David. He was a great guy and he spoke English, which was surprising and when we shared the Good News with him, he openly accepted Jesus Christ as his Lord and Savior.

He was such a nice guy, he invited us to his home, gave us snacks, invited us to eat lunch (which we couldn’t) and he even said he would have his house open if we wanted to sleep there. Obviously, we could not because we had like 40 people! But David was really awesome and until the end, he followed us until we went on our bikes. Even then, while we were leaving, he showed us that he actually donated a volleyball field for the village. I thought to myself, how nice of him. God, please bless him, and may he follow you to the end! 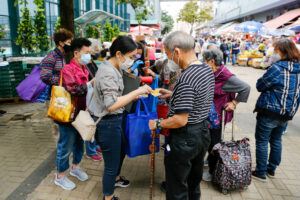 Warm greetings from the YWAM Gateway team! We hope this update finds you and your family well. Our hearts are full of gratitude for the ways God has sustained us 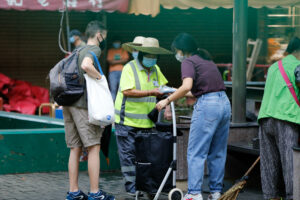 Warm greetings from the YWAM Gateway team! We hope this short update finds you and your family well.Our hearts are full of gratitude for all the doors the Lord has 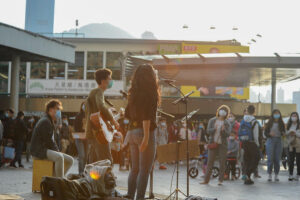 Happy New Year and warm greetings from the YWAM Gateway team! We hope this short update finds you and your family well. Our hearts are full of gratitude for the 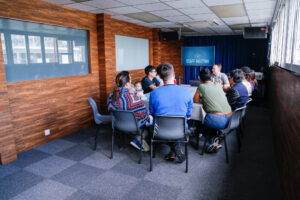 Warm greetings from everybody at YWAM Gateway. We hope this short update finds you and your family well.So much had happened since our last newsletter. After experiencing a slightly relax

Read More »
More in our Blog